Working in the UK

My tips and advice to survive in a British workplace

After 7 years in London, a lot of things have changed in my life. The constant one however, has been my working environments, which have always been pretty much what I would call a traditional “British workplace”. From big corporations to small businesses, there has always been some strong similarities and I am now confident in describing them, from a foreign perspective.

At first, I loved some aspects and hated others. Step by step, I learnt to deal with it all. Now, I still miss some elements from the French workplace but all in all, I’m used to it and after all those years, I have now spent more time working in the UK than anywhere else. So that’s my “norm”.

There are some pretty fun situations I will never have enough of, and some others you really have to learn to deal with if you’re from abroad.

Note that I work in a retail fashion / beauty sector, in an office, in central London, and come from a French background. So inevitably compare in that context.

Survive in a British Workplace

Coming from South West of France, ie, passionate people (Using the polite British way to describe as we would rather describe ourselves as, kind and genuine but with bad temper and very emotional), I often had to learn things the hard way. Some situations are still a bit tricky, others really good, but mostly, I am very satisfied I managed to make it all this years and still able to survive and be happy in a British workplace.

Be confident with your English

Wether it’s good or not, you’re at work and you need to make things moving. Most British people will try to speak to you in your language if you’re from France, Spain or Italy and say your name, they have very likely already been to your country for a sunny holiday, they may have family living there (Quite frequent in France), but really, they have never experienced speaking an other language so can’t really get all the stress and anxiety that can come with it so JUST GO FOR IT. If it’s a bit wrong, you’ll get better. Always remember why you first came and all the progress you make over the months, years etc…

Nothing like bringing cakes in a British workplace. People will love you right away. If you’re foreign, maybe something based on a tradition from your country. In France we have lots of food related traditions at the start of the year which makes it always very easy. Being French always help as no matter what we bring, we will be consider as native chef and professional bakers. Not my main strength for sure but it’s nice it helps. Basically, feed the Brits and everyone is happy!

The kitchen is were all the goss happen

The idea of having a cantine is top luxury in the UK. It’s probably in most countries actually. Here, the tradition is something like lunch “al desko”, ie sandwich and crisps or a soup from M&S, heated at the microwave and eaten with a view… On your laptop. Lovely.  So make sure you catch all opportunities for a “small talk” when you’re preparing your lunch in the kitchen.

Typically what I have struggled with for years but do quite naturally now. Basically, it’s about talking about anything about:

Don’t be afraid to talk about your life

It’s a bit paradoxal with the one above but the small talk is actually more efficient when you include pieces of your real life. It’s a sort of sign you are trusting the person you’re speaking to. For instance: Sharing what you’ve been up to the past weekend. Also a way to assess how fun the person is… Because remember it’s not ok to be boring in the UK so make sure you turn things always on the bright side!

Learn how to make tea – With milk.

Ok so that’s my most dreaded experience in a British workplace. But it might actually be even more important than bringing cakes.

If you want to do things right, you have to offer people to make tea. But before you start, be aware this is not “just” tea. It’s English tea. And Every.Single.British. Person has the way they like their tea:

The thing is, if you’re miserably failing, act confident. British are too polite to tell you it’s bad. They will great it with a big smile, fake a sip, pretend it’s perfect and amazing. And stop drinking it. Then will do it again themselves a bit later on. Just don’t get offended. Try again next time. Or not.

That’s one of those things I kind of got used it but still bug me after all these years.

What’s nicer than starting the day with a big smily HELLO to people you work with and spend your days with? I never understood why. But don’t expect any acknowledgement of your presence in lifts for instance. Avoid eye contacts too, to not make things awkward.

It’s just the way it is, British are very polite, but not for when it comes to basic stuff.. ;)

Aah conflictual situations in a British workplace. That’s simple: Avoid them as much as you can. That’s probably a basic rule for most of countries but in France, we actually like a good heated conversation once in a while. You feel alive, strong to defend your opinion and protect your ego and honest to have said what you thought. Here, it’s seen as conflictual, rude and against all rule of what a good team spirit is. You have to let it go. Or reply the most polite way as possible.

Over the years, I have unfortunately seen bad conflicts turn into very bad work situations for some people. It’s never worth reaching that point. The Brits hate conflicts and they are not wrong!

I have never managed to enjoy watching English TV but since I watched Love Island season 3, it’s never been so easy to start a new job and be part of the conversations at that time. I guess it depends where you work, but in my fashion / beauty / world and I guess life in an office as a whole, it’s the best way to do this small talk.

If you really hate those shows, no one is going to blame you. Try the latest Netflix one or the Great British Bakeoff. Always a winner too!

Try to find your compatriots

Of course, as foreign people, we never move to a country to not embrace it, but once in a while, it feels nice to find people you naturally connect with. And it can make things easier to exchange your mutual experiences too. London is so international, the chances you have a colleague who comes from the same country are high.

Always bring a small jacket with you

As soon as temperatures reach 17 degrees or more, the AC might be on. If like me you come from a hot place and happily enjoy some warmth once in a while, be ready to be cold all-year-long. You may want to bring a small jacket. It will avoid conflicts and everyone is ok!

I guess it depends in which sector you work but the chances there’s the radio or some sort of pop music playlist are high. If you don’t feel like listening for Justin Bieber, Britney, Katie Perry or one of the new generation pop band for the 10th time in the day, just put your own music.

At first it was one of the things I liked the most: The randomness of hearing the Backstreet boys at work for instance. However, try to focus on an Excel spreadsheet when “I want it that way” is on… Good luck with that!

Wether you came for work, personal life, a change, just, ENJOY! After all, it’s an incredible sensation to live and work in a foreign country. The challenge of this experience is often underrated, especially in London, when we all seem to be doing it and nailing it.

Remember your own journey, how you got there, and most importantly, what you learnt from it. 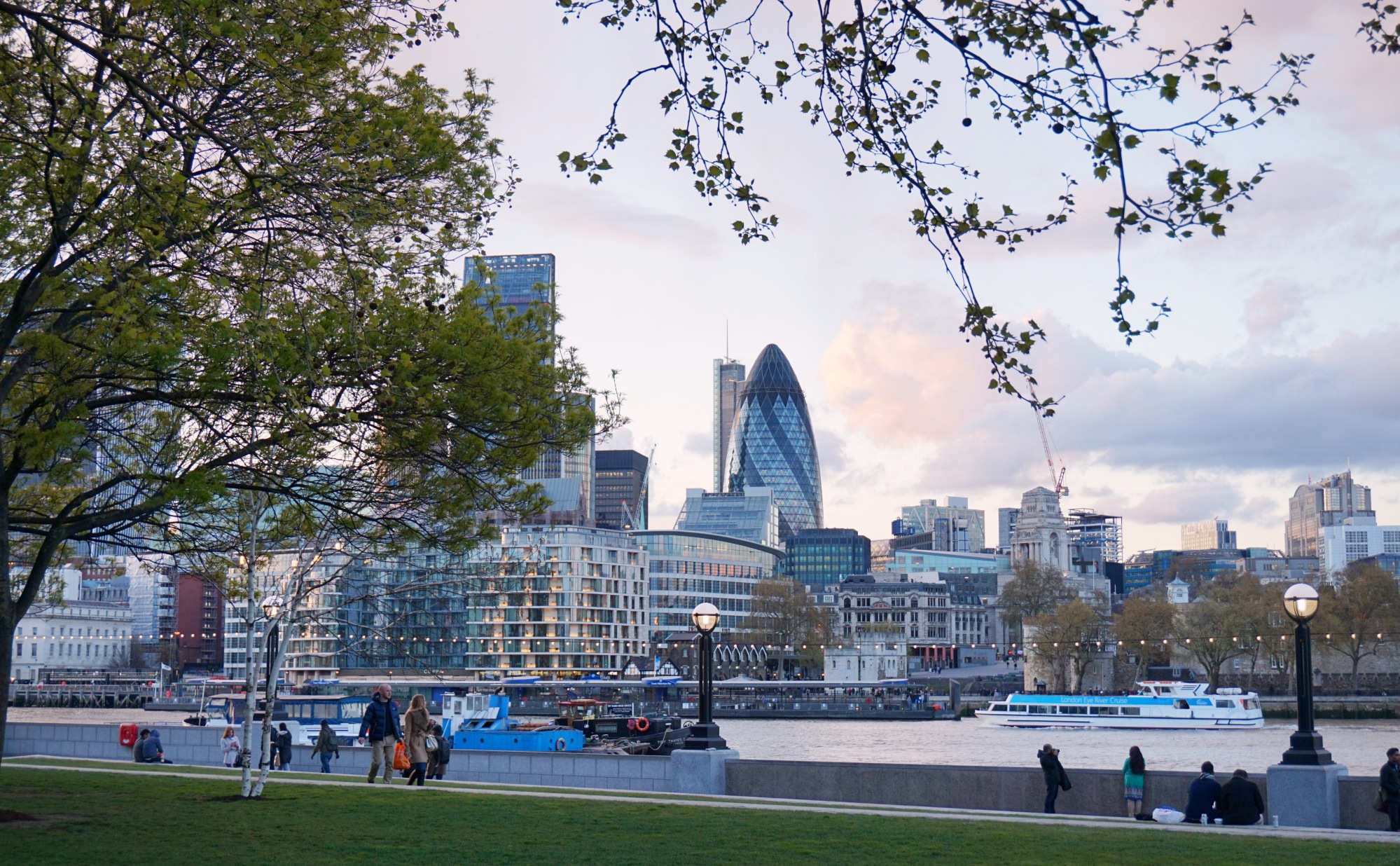 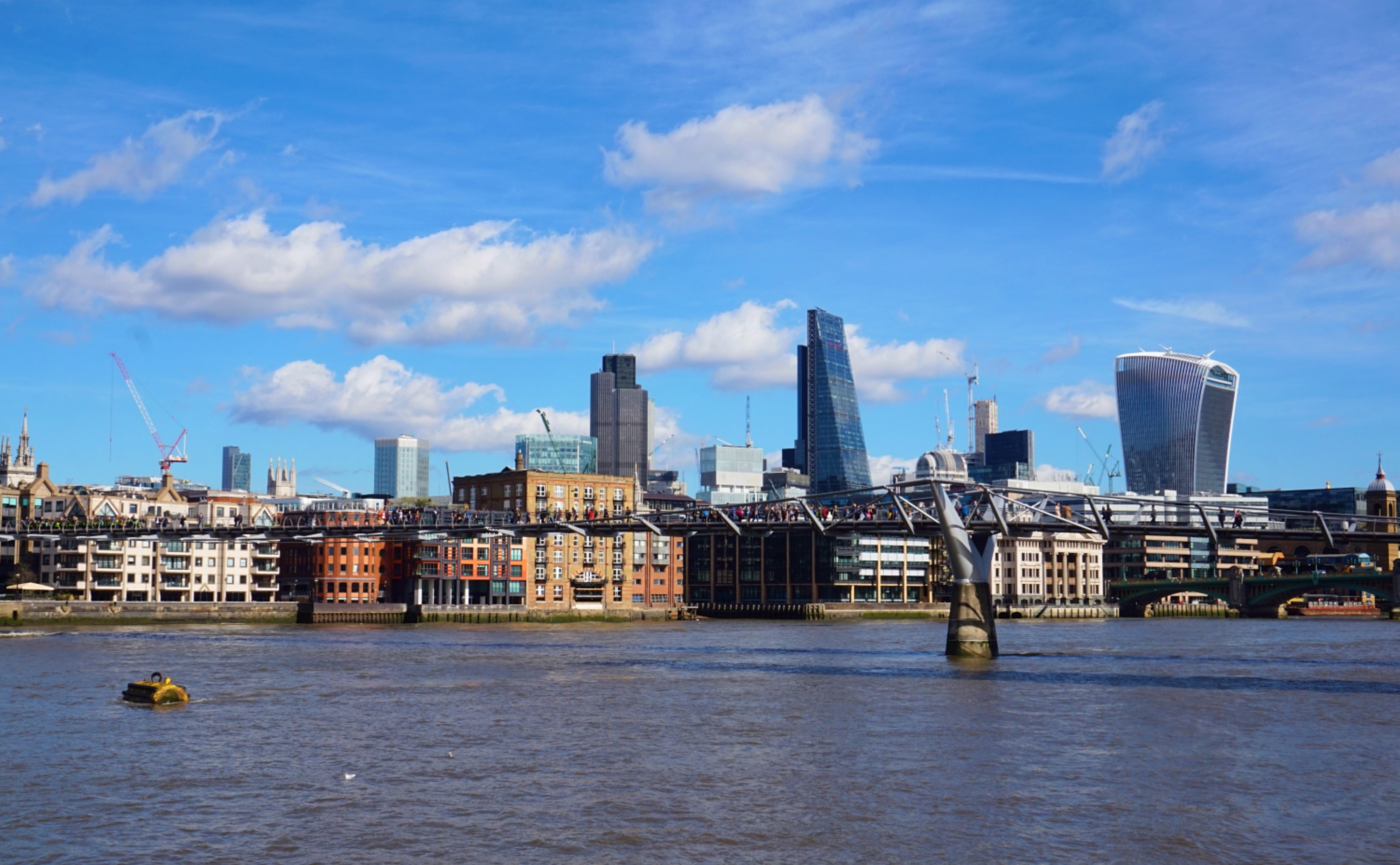 My tips and advice to survive in a British workplace

This exact day a year ago, discovering sunny Malta

6 months ago today I took a no return flight from